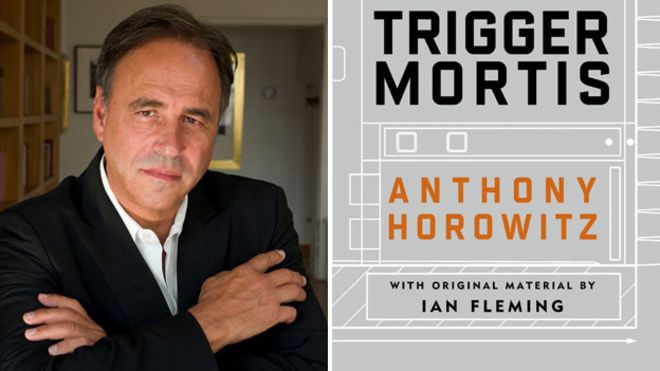 I spent a good part of last year reading all the Fleming Bond novels, and  I could honestly say that Anthony Horowitz has given us something quite special with Trigger Mortis. Not only has Horowitz written a thrilling original entry as a new Bond continuation novel, he’s also provided the readers with the closest experience I believe we will ever have to reading an actual new Bond novel by Ian Fleming.  In every sense, Trigger Mortis feels like a quintessential Bond story staying true to the original conception of the literary character created by Fleming in the early 1950s. The novel pays homage to Fleming’s literary style, which effectively captured the imagination of his readers with rich descriptions, sensuous details, concise narration, and thrilling sequences involving insurmountable challenges for 007 to navigate and overcome.

For this latest Bond novel commissioned by Ian Fleming Publications, Horowitz was given unprecedented access to unpublished story treatments by Ian Fleming. Before the success of the film franchise, Fleming had dabbled with the potential of letting Bond exist as a television series. Indeed, Casino Royale had been adapted in 1954 for the dramatic anthology series called Climax!, which aired on CBS who had paid him merely $1,000. This first incarnation of James Bond is hardly recognizable since the character was altered to be an American agent, “Jimmy Bond,” while it also discarded much of the source material that had resonated with readers of the novel.  In 1958, Fleming began writing treatments for a new NBC television pilot to be dubbed “Commander Jamaica” or “James Gunn: Secret Agent.” This had all occurred prior to EON buying the rights in 1962 to the James Bond books, and at the time the prospect of Bond transitioning from the page to the screen (large or small) had been plagued with a number of obstacles.  When the pilot for “Commander Jamaica” fell through, Fleming took his 28 page screen treatment for the project and converted it into the novel, Dr. No, released in 1958. Afterwards, Fleming wrote 6 more screen treatments or outlines for a potential television deal with CBS who had previously done Casino Royale. When this prospect also fell through, he used 3 of the treatments he’d written for his Bond short story collection, For Your Eyes Only, published in 1960. Among the treatments that Fleming left unused was one called “Murder on Wheels” about Bond entering the Grand Prix racing circuit to protect a well-known British racecar driver, Stirling Moss.  Horowitz decided to use this idea as the launching pad for his own original story and so we have Trigger Mortis inspired by original Fleming material written over 50 years ago. 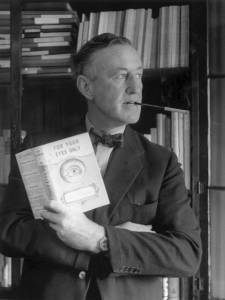 Ian Fleming holds a copy of his short story collection, For Your Eyes Only

Trigger Mortis takes place 2 weeks after the events of Fleming’s Goldfinger novel and finds Bond dealing with the aftermath of that adventure and specifically dealing with the prospect of a long term relationship with that novel’s Bond Girl, Pussy Galore. This wouldn’t be the first time that Bond had extended his relationship with a woman beyond their shared adventure. Bond had fallen in love with Tiffany Case in Diamonds Are Forever where she had even moved into Bond’s flat by the end of the novel. That relationship had ended prior to the events of the subsequent novel From Russia With Love. This is the first time, however, that we get to see how a woman’s relationship with Bond might disintegrate after the thrill of their adventure together has concluded.  The novel begins with Pussy now installed in Bond’s apartment in London. Horowitz’s narration explains:

“He was already regretting it. Pussy needed him. But there was something in his make-up that didn’t want to be needed, that resented the very idea.  And the fact was that she was a fish out of water away from the streets of Harlem. Already the relationship was beginning to lose its appeal, like a favourite suit that has been worn one too many times.”

Fleming had typically avoided showing this side of Bond’s relationships with women but it’s something that readers had nonetheless surmised.  The way Bond may have dealt with relationships with women after the thrill had gone is given its due in this novel.  Here, Horowitz takes the opportunity to explore the psyche of Bond and delve into the elements of relationships that might make him increasingly inclined to shrug them off.  The appeal of his duty, which frequently brings him face to face with the prospect of death in every mission, allows Bond to operate in a field in which he is infinitely more comfortable despite the danger.  This is a theme that is on full display even after Bond meets his new companion, Jeopardy Lane.

Bond is initially assigned on a mission to protect race car driver Lancy Smith from a fatal SMERSH sabotage operation (Horowitz decided to change the name of the driver for logistical reasons). SMERSH, the Soviet counter-intelligence agency, ever eager to prove their superiority to the western powers had recruited a race car driver for the explicit purpose of causing an accident during the challenging Nürburgring Grand Prix motor cross race. Bond must assume the cover of a wealthy playboy race driver to engage in this race in order to protect Smith.  It is while on this mission that Bond uncovers a larger Soviet conspiracy involving the sabotaging of an American rocket launch along with the possible involvement of a wealthy Korean entrepreneur. 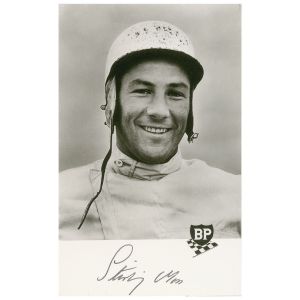 Horowitz does a fantastic job bringing the characters and setting to life. His literary style is quite reminiscent of Fleming, the dialogue appears to be spot on, and the narration that Fleming had often relied upon to get readers inside of Bond’s psyche is also quite faithfully recreated here. In every practical sense, this novel feels like you’re reading a Fleming Bond novel.  I don’t want to give too many details away, but I particularly like the background story Horowitz created for the main villain along with the unique and impersonal methods he chooses to inflict pain and death upon his enemies. There’s something weirdly sadistic about every Bond villain and I think Horowitz successfully captures that.  He understands that the villains quite often come from damaged personal histories and that there are many parallels to be drawn between heroes and villains.  Horowitz’s novel explores this quite a bit while also letting the reader know that Bond himself is aware of the thin line that separates his own humanity from that of a monster.  It’s a theme that has been explored a great deal in our contemporary popular culture, but I think many times it comes across very heavy handed.  In this case, I think Horowitz imbued Bond with enough self-awareness to provoke the reader without necessarily preaching very much or interfering with the fun and excitement inherent to the story.

The final act of the novel takes place in New York City subway system, and while I don’t want to give away the plot details involved in getting there, I found it fun to see Bond passing the same subway stations that I used to pass when I worked in Brooklyn.  Of course, I wasn’t desperately trying to save thousands of lives when I rode past those stations, but in my own way I was doing my part in a very different field of battle and confrontation called “Retail.” Much like Bond, I had a few trusted, loyal coworkers and friends to help me along on my mission, which may have involved encountering the occasional sadistic individual determined to inflict torment and pain whenever they didn’t get their way.  Such are the perils of working a 2nd job in a book store, which actually wasn’t all that bad.

I believe anyone who has enjoyed reading the Fleming novels will instantly take a liking to Horowitz’s book, and I highly recommend it.  More than anything though, I think Trigger Mortis reminded me of all the things that made me enjoy the Fleming Bond books.  Here you have a character with a license to kill, a hardened “blunt instrument” wielded by his government, and yet despite everything Bond never loses his humanity.  He’s the quintessential anti-hero who clings to a dangerous job in order to avoid facing real life. As readers, we read a Bond story to escape the rigmarole of our daily routines whereas Bond himself uses his job to escape the dreariness of normal life. When you look at it that way, it’s impossible to say whether or not the fictional character is indeed more blessed than those of us who live vicariously through him.

Writer’s note: I initially wrote this review for the James Bond Radio podcast website, but instead of just providing a link I thought it would be best to recreate my review for my blog since book reviews and Bond book reviews in particular are part of what I’ve done for some time now on this site.  If you want to visit the post at the JBR site, here’s the link: